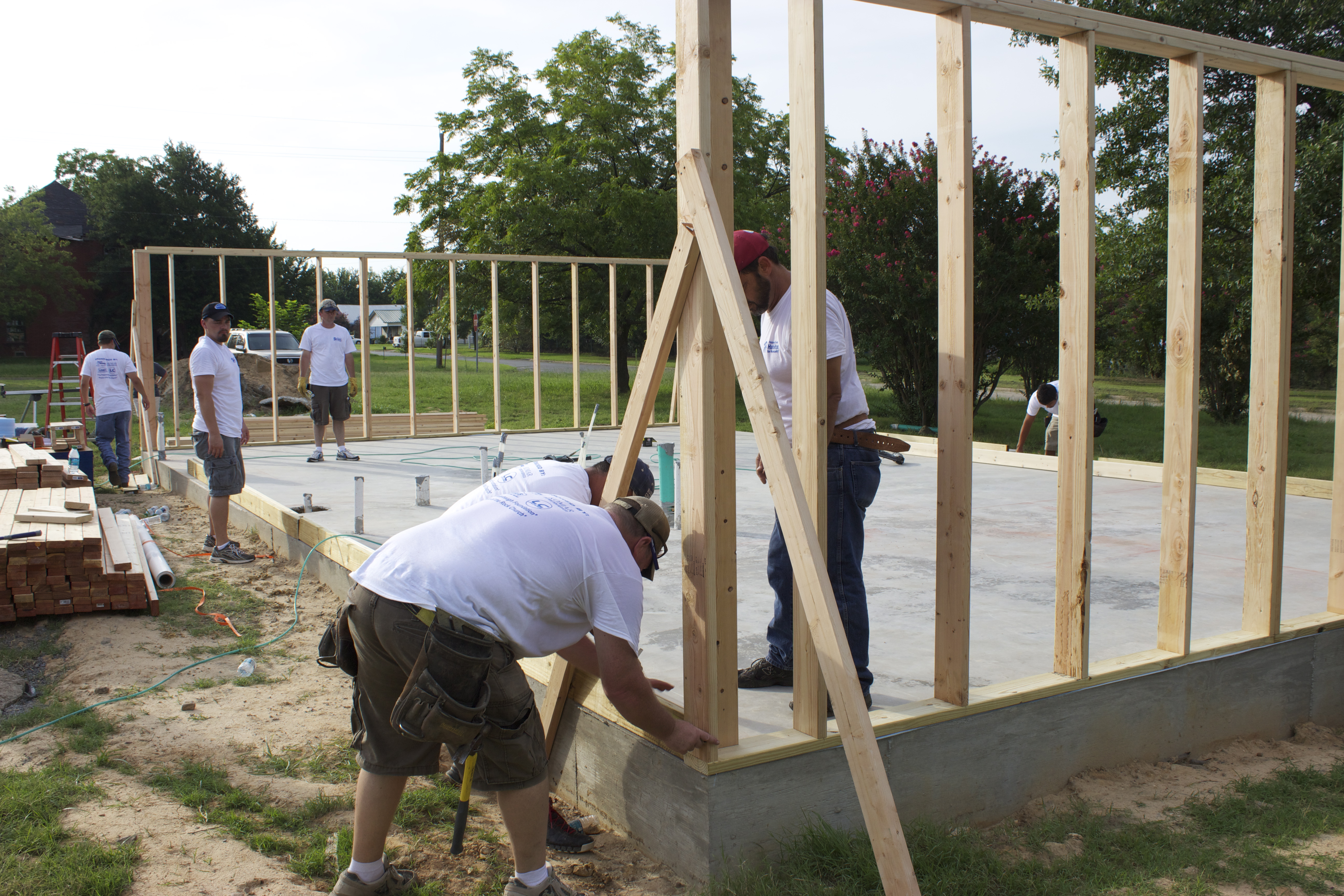 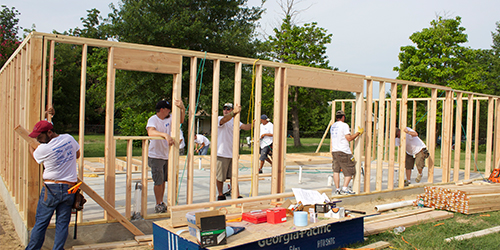 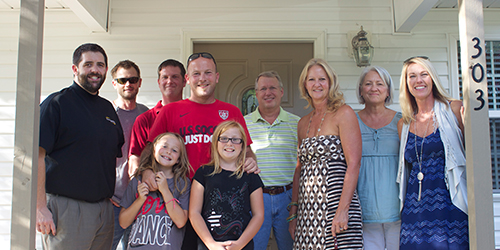 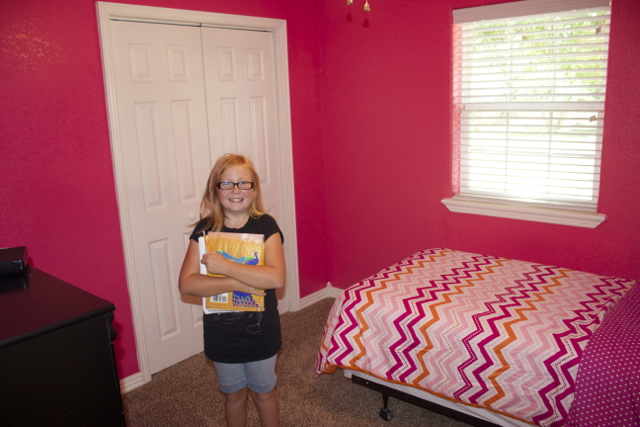 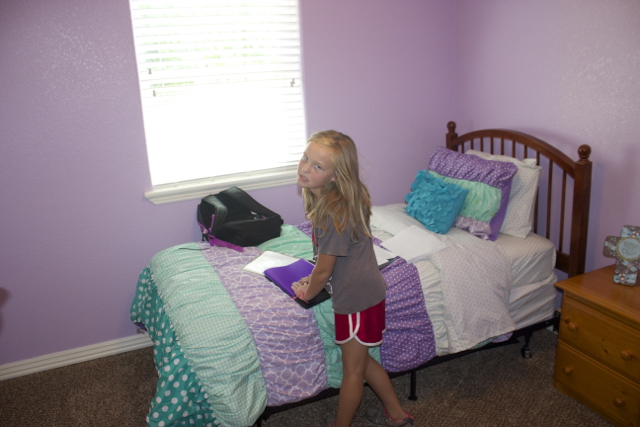 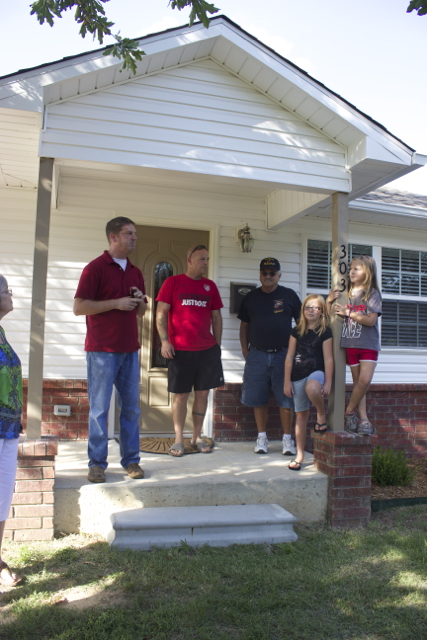 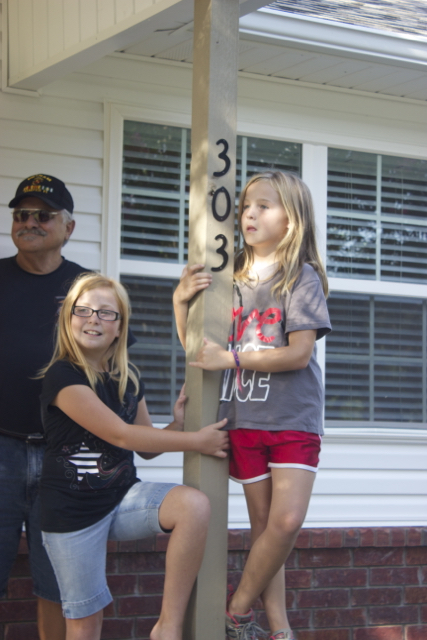 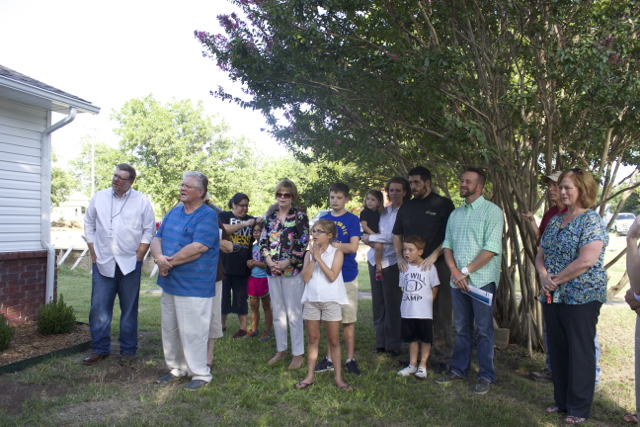 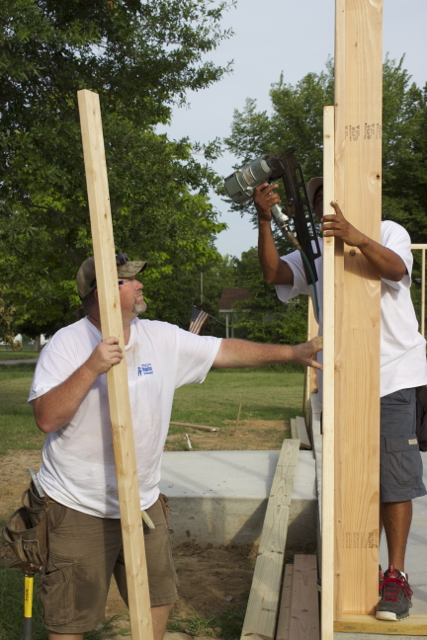 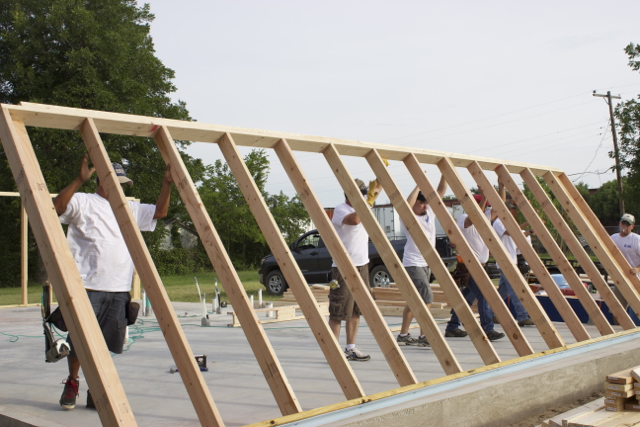 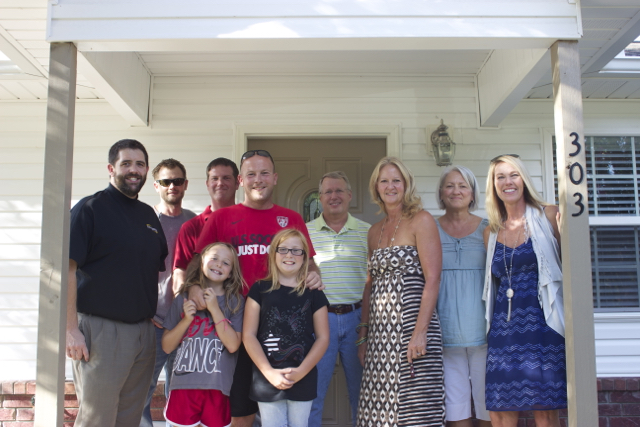 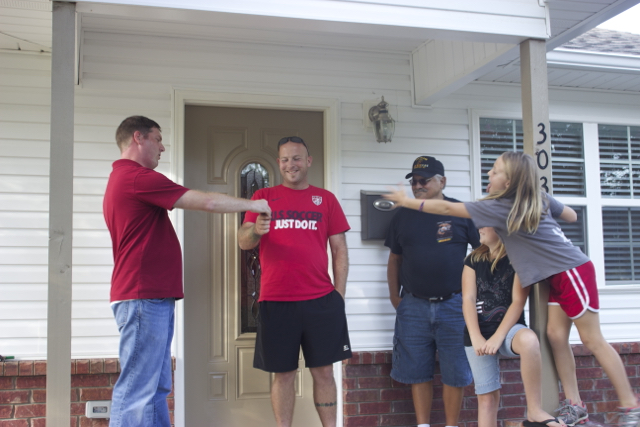 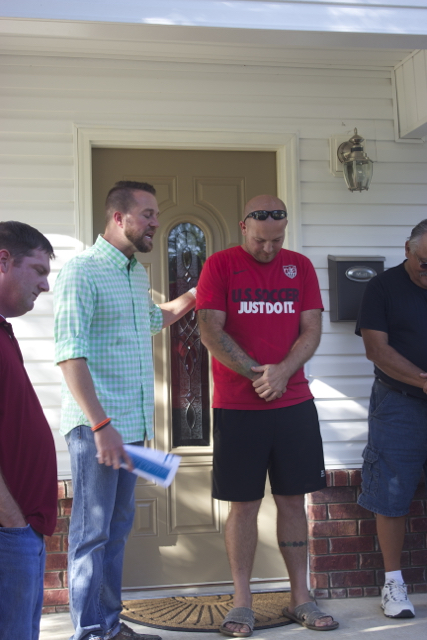 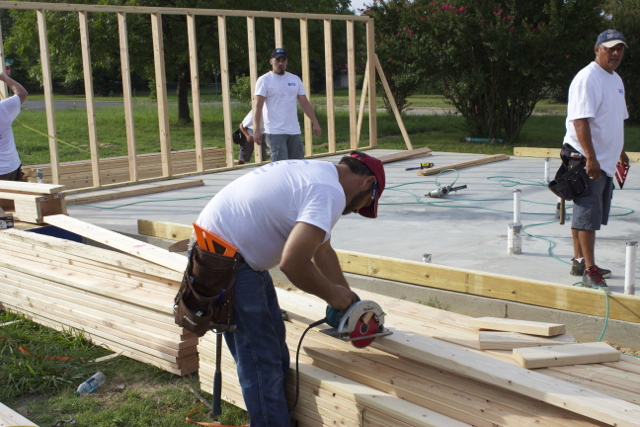 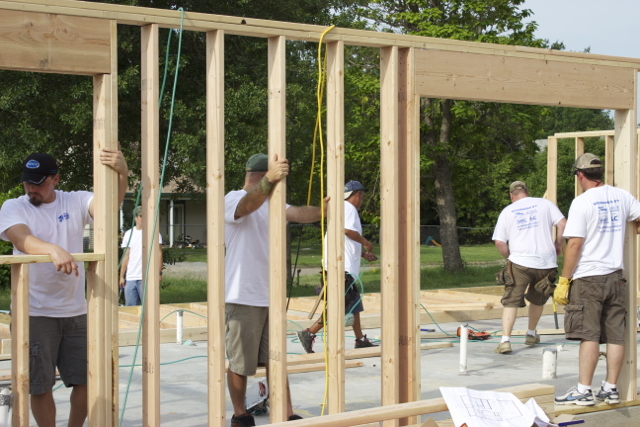 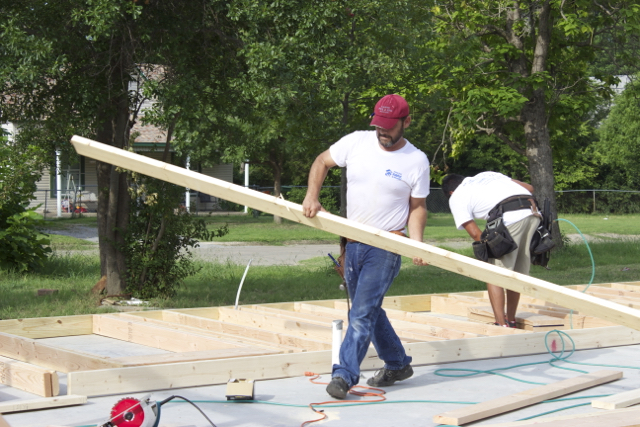 The Morris Family moved into their new home in August of 2014 becoming our first family to move in.  Single dad Glenn and daughters Alaina and Micayla received the keys to their 3 bedroom house at a ceremony attended by his family, the Habitat Board, many of our donors.  Pastor Terren Anderson of Life Church led a prayer of dedication and Glenn received his keys from director Joey Clark.